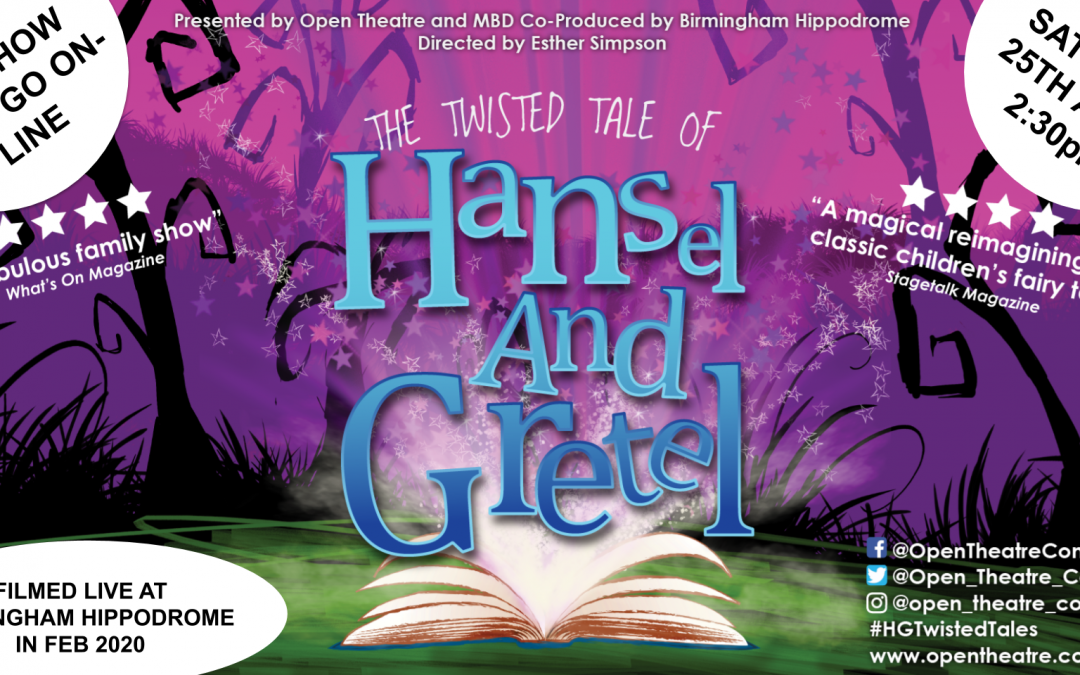 A Film by Jake Jarvis

Welcome to Our Relaxed Performance!

Wordsearch – The Twisted Tale of Hansel and Gretel

Colour Me In – Gingerbread House

Song Lyrics – The Twisted Tale of Hansel and Gretel

How to make Duck Feet 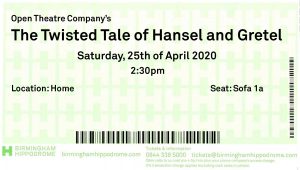 Presented by Open Theatre and Metro-Bolout-Dodo. Co-Produced by Birmingham Hippodrome. Directed by Esther Simpson A flustered storyteller is joined by a mischievous mocking bird as he follows Hansel and Gretel deep into the forest. All is not what it seems, as the characters start to tell their own version of this peculiar adventure. Come along and meet the wicked witch and her really rather eccentric chef in this truly imaginative version of Hansel and Gretel. Live music, hilarious performance and a mesmerising design ensures that this play will entertain and amuse the entire family.

★★★★ “A magical reimagining of a classic children’s fairy tale”