Sebbie Hall a teenager from Lichfield, Staffordshire who struggles with learning difficulties, has performed a random Acts of Kindness every day since March to raise money for disadvantaged and disabled young people and highlight small grass roots charities. 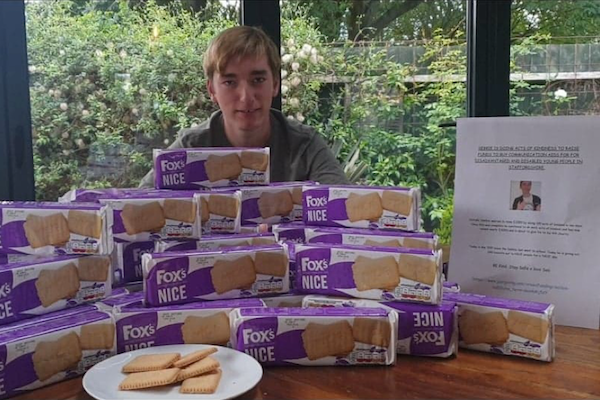 Since lockdown forced his school to close, 17-year-old Sebbie Hall decided to try and raise money for children who might be affected by loneliness and who don’t have devices with which they can keep in touch with their friends. He has already raised £5000 and his goal is to double his money by Christmas and reach £10,000 to celebrate 10 years of World Kindness Day.

The money is being distributed to charities that work with disadvantaged young people. Sebbie wanted to stop people being lonely and so the funds have so far been used to buy online communication devices such as tablets, interactive computer screens and set up performance arts therapy groups in two areas that can be worked in face to face settings or online, thus ensuring an ongoing positive impact on the mental health of disadvantaged young people in the community. He originally pledged to perform 100 acts of kindness in ten days, and his work included gardening, car washing, collecting lego stickers for children, paying for strangers parking, leaving a pot of change form his pocket money in the laundrette for anyone to use and handing out 300 packets of Nice biscuits to lift people’s spirits. Sebbie buys a lottery ticket every week and for the last month he has brought 2, one for him and one for a lucky stranger…no strings attached…the list is endless. Sebbie so enjoyed seeing people happy that he has continued with campaign to help others and now does a daily act of kindness.

Not only are the funds being used to support inclusion and mental health but the kind acts themselves are having a huge impact on the wider community. As much as making people smile, his kind acts are now highlighting other organisations and important community issues and are actually opening doors to other opportunities for himself and others.

For example, Sebbie saw lots of waste pumpkins around his home town and spent 2 days after Halloween collecting over 50 of them. He then distributed them to 2 local foodbanks and Cafe Oasis, which delivers meals to disadvantaged people. Sebbie helped prepare the meals before school yesterday and we have been told that his 50 pumpkins fed over 300 people yesterday. This showed Sebbie how important it is not to waste food and he has now formed a partnership with ‘FoodCycle.’ Foodcycle works across the country and builds communities by combining volunteers, surplus food and spare kitchen spaces to create nutritious meals for people at risk from food poverty and social isolation. Sebbie is now volunteering once a week to help out in their Sutton Coldfield branch.

Sebs acts of kindness have also inspired other groups to do the same and he is fronting a kindness campaign in one local charity who work with young people. All of its 600 members are now performing one random act of kindness a week, they report that it makes …‘everyone feel good.’

Doctors said that Sebbie would never talk or walk when he was diagnosed with a rare chromosome anomaly as a baby… however Sebastians determination proved the doctors wrong..it is this resilience that has driven him to want to make a difference to help others. The teenager, who has learning and physical difficulties has beaten all the odds and proved that everyone can make a positive difference in their own outcome and can continue to grow past any potential that was originally mapped out for them.

Sebbie has developed an online following and has been featured in many online blogs, radio WM, Radio Bedford, local and national magazines and BBC Midlands news. Sebbie received a visit from the Lord-Lieutenancy of Staffordshire thanking him for his efforts during the coronavirus.

Ian Dudson CBE KStJ, the Queen’s representative in the county, praised the kindness Sebbie had shown for the Staffordshire during the pandemic. As the representative of Her Majesty The Queen in Staffordshire I would like to thank you for the contribution you have made to the County during these extraordinary and difficult times. No matter how large or small, the innovation, collaboration, humanity and selfless service shown by so many across the region during the Covid-19-pandemic has been truly inspiring.” Sebbie said he was ‘proud and happy inside’ to receive such an award. Sebbie has since been presented with a Prime Minister Award for Volunteering.

Please support Sebbie in his bid to reach £10,000 and help many more disadvantaged young people, organisations and charities.
https://www.justgiving.com/crowdfunding/sebbie-hall1?utm_term=qqWzgp6dr

Why did Sebbie donate to Open Theatre?

Sebbie and his parents chose to give funds to Open Theatre because Sebbie visited them to see their production of ‘Search for The Second Star’ at The Birmingham Rep, Christmas 2019. We saw first-hand the positive outcomes this made on young people with communication issues.

We wanted the money that Sebbie is raising to have a more long-lasting legacy than simply being used for one off projects. Nonverbal physical theatre works on long term changes for people whom everyday living is constantly confusing and the easy communication between people that most of us take for granted is a daily nightmare. We wanted to help provide a communication platform that would provide the tools they could carry with them in their everyday life as well-rounded, imaginative, self-confident individuals.

Open theatre is the intentional use of nonverbal immersive drama processes to achieve therapeutic goals. We see it as a practice that is active and experiential. This approach can provide the context for young people to tell their stories, set goals and solve problems, express feelings, or achieve catharsis.

We are so very excited that Sebbie’s money has so far been used to set up 3 new weekly sessions in Staffordshire and the West Midlands and thus enabling this amazing approach to communication to reach more young people. 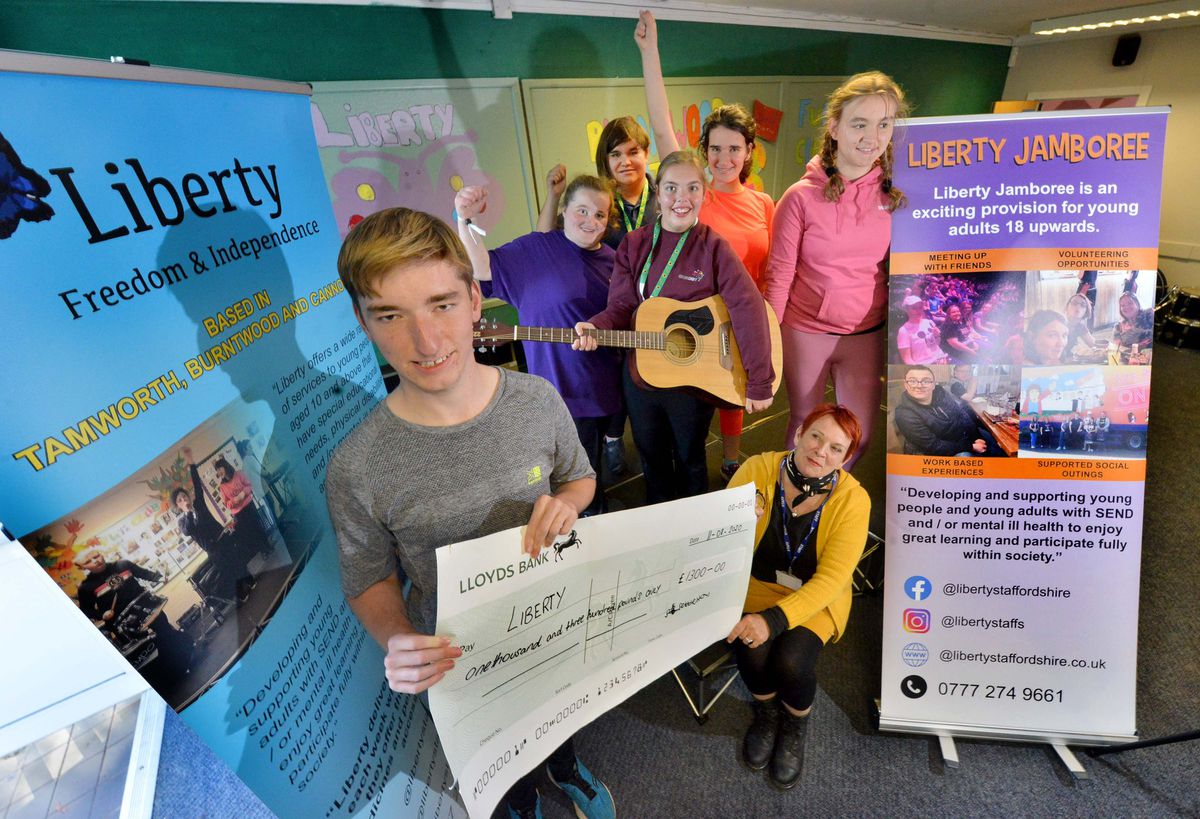 END_OF_DOCUMENT_TOKEN_TO_BE_REPLACED

Hello all! We hope you are keeping safe and well in these confusing times. We thought that the second blog... END_OF_DOCUMENT_TOKEN_TO_BE_REPLACED